Spring is the time for many wild flowers but our favourites have got to be the orchids. As well as being one of the most interesting, advanced and beautiful of the flowering plants they also belong to one of the largest families with over 25,000 species. In Portugal, the orchid family (orchidaceae) has 16 genera. All these photos are of orchids taken within walking distance of our home. We feel very lucky to have so many (fourteen at the last count) so close.

Himantoglossum robertianum (formerly Barlia robertiana)
First to appear, usually in March, is the giant orchid - big, bold and brassy. At a possible 60cm in height shy it is not. 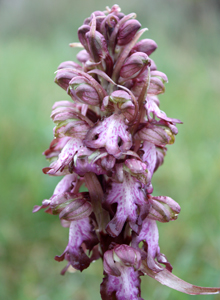 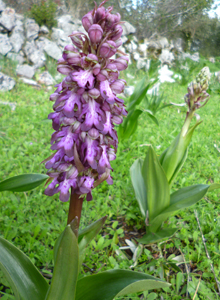 Orchis mascula
Early-purple orchid - the next orchid up after the Giant, is a beautiful deep purple with spotted flowers and leaves. 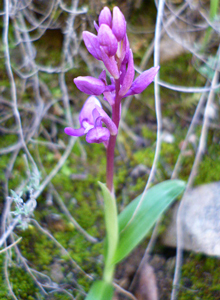 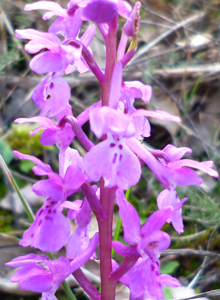 Most of the orchids are beautifully coloured with purple dominating but here is an anomaly, an albino early purple: 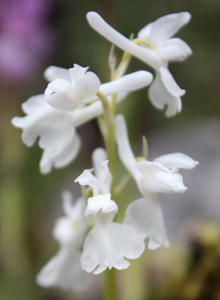 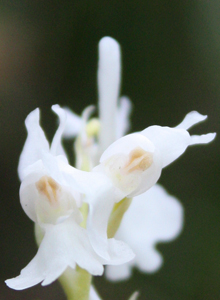 Orchis italica
Next up - The Naked man orchid - who can fail to be amused by this orchid? And it's the one which got us interested in this group of flowers. 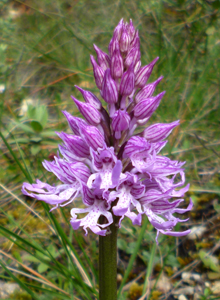 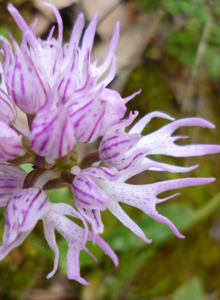 Orchis anthropophora
Man orchid - or rather a space man with a very large striped helmet! 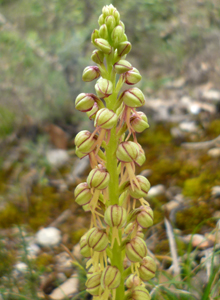 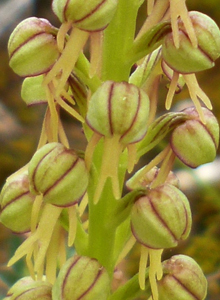 Anacamptis pyramidalis Pyramidal orchid - not only its shape but also the distinctive 3-lobed lip helps in identification. Possibly the moist widespread of all the orchids round here. 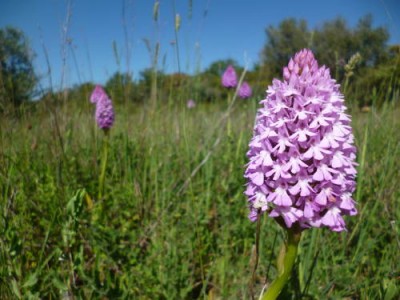 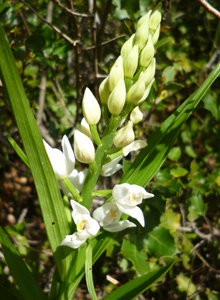 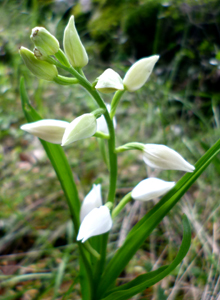 Epipactis lusitanica
Despite not having a common name, the latin name gives it away as being pretty much an endemic Portuguese species, Lusitania being the Roman name for what was to become Portugal. 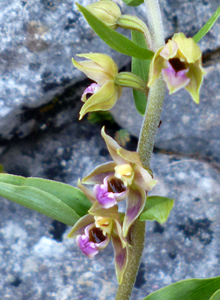 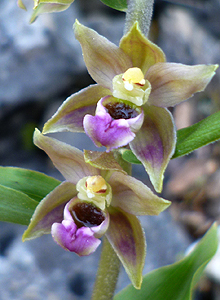 Ophrys fusca
Sombre bee orchid - a new find for us, and one of the 5 lovely ophrys orchids near us. 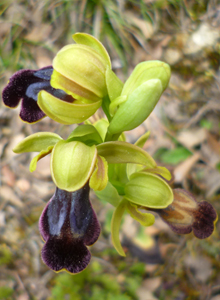 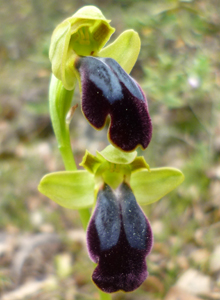 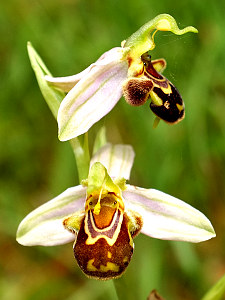 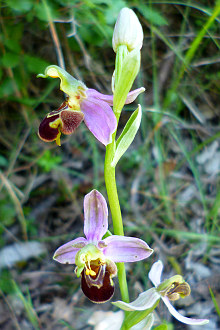 Ophrys lutea
Yellow ophrys - another first for us and such a glorious yellow. 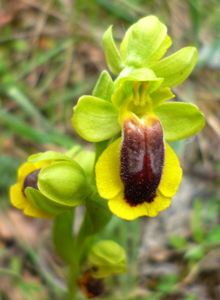 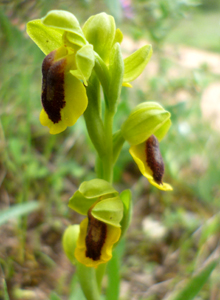 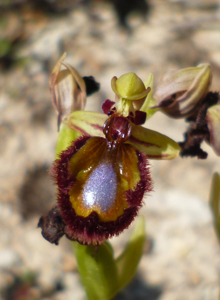 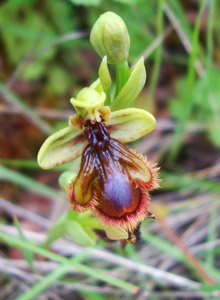 Ophrys scolopax
Woodcock orchid - the little upturned end of the lip points outwards differentiating it from the Bee orchid. 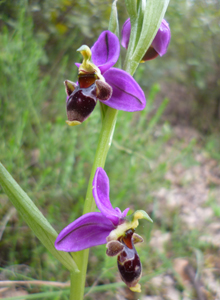 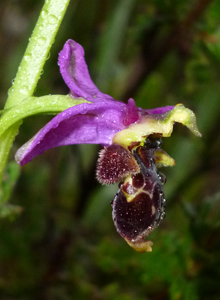 Ophrys tenthredinifera
Sawfly orchid - the lip of the Woodcock is divided in three and hairy. The Sawfly on the other hand isn't, and has a yellow margin. 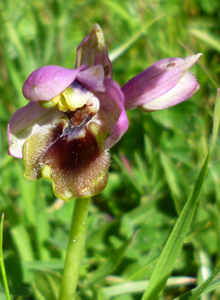 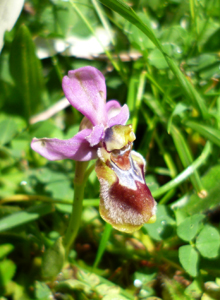 Orchis coriophora
Bug orchid - there's a field near us which is packed full of these, but then we don't see them anywhere else. 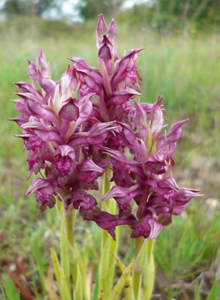 Serapias lingua
Tongue orchid - very different from the others. 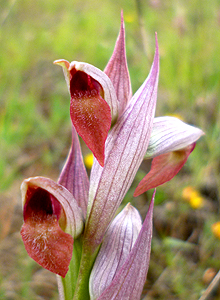 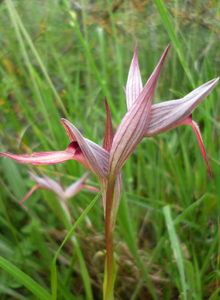 And we recently made a video just on orchids for podcastsinenglish.com. It's for elementary learners.